Over the past several decades, there has been a considerable hue and cry about the increasing level of pollutants being released into the air. Governments the world over and countless NGO’s have been working towards creating awareness amongst the masses about the harmful effects that these pollutants have not only on the overall environment but the very health and well being of the individuals inhabiting this planet. Contrary to what most people believe, air pollution is not only caused by the numerous industrial units operating across the globe but also by various other sources including , burning of fossil fuels, growing vehicular traffic and even the gasses and pollutants emitted from households. 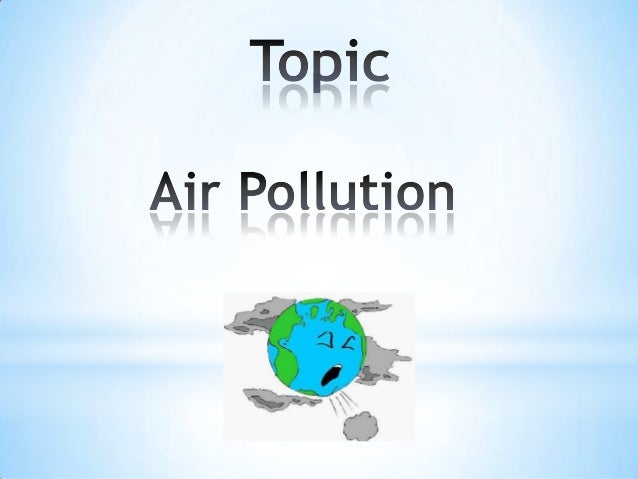 Air pollution has proven to be one of the major causes of various ailments that affect the different body parts. In fact, constant exposure to polluted air is known to seriously harm the cardiovascular functions as it can impair the heart and stress the heart. Currently research is going on to ascertain whether or not the ozone pollutants in the air have any harmful effects on the other organ systems of an individual’s body. Given below are some of the most common ways in which air pollution can impact the health and vitality of the masses.

While reducing the level of air pollution is the most obvious solution to the minimizing its hazardous effects on human health, it is a time consuming process. The best short term solution comes in the form of fish and olive oil, which have been proven to reduce the deadly effects of exposure to air pollution in a considerable manner. Researchers have proved that the dietary supplements of both fish and olive oil prove helpful in not only protecting the cardiovascular system of people who are regularly exposed to polluted air, but also prove beneficial minimizing the damage to other organ systems such as the nervous system and maintaining blood sugar levels. These studies have generated a new hope for people who are suffering from the various ailments caused by air pollutants or who face any such risk.

Fish oil supplements, which are considered to be a rich source of omega 3 acids, have proven to be extremely effective in protecting the heart from the damaging effects of exposure to polluted air. These supplements reduce the negative impact of articulate air pollution on this most vital body organ by minimizing the changes in heart rate variability and lipid level the two major aspects for calculating the health level of the heart. Thus it is not surprising that an increasing number of people are opting for fish oil dietary supplements, especially in areas where the level of air pollution is extremely high.

Just like fish oil, olive oil is also known to offer significant protection to the body against exposure to polluted air.  The oil, which is known to be rich source of antioxidants, helps in preventing the lining of the blood vessels from getting damaged. The oil boosts the volume of proteins that help in breaking down the blood clots and also help in regulating blood pressure levels. It has also been proved that taking olive oil dietary supplements on a regular basis helps to increase endothelial functions besides enhancing the anti-inflamatory properties within the body. This knowledge has obviously led to an increase in the demand for olive oil dietary supplements across global markets.

While taking olive oil and fish oil dietary supplements can surely help reduce the damage caused to health and vitality of individuals exposed to polluted air, they do not offer a permanent solution to the problem.  The only way in which this problem can be resolved once and for all is by bringing down the air pollution levels. It is ultimately extremely important for people to make conscious efforts in the direction of improving the quality of air both within and outside their homes and places of work. Governments also need to take concrete measures to ensure that the sources of air pollution adhere to environmental safety guidelines and reduce the deadly emissions that contaminate the air and pose a grave danger to the life and well being of the common people. It is only through the combined efforts of the governments, environmental workers and the masses that this menace can be controlled.